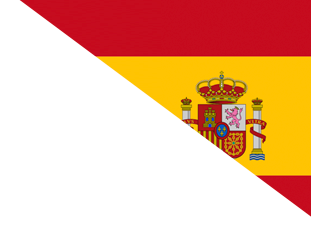 At only around three hours flying time from most places in the UK, a Balearic Islands holiday could be just what the doctor ordered. However, that's only half the story, because not only are the Balearic Islands close, beautiful and packed full of varied activities, each one is also utterly unique in its own right.

Majorca, Menorca and Ibiza are of course the three top destinations, and whatever kind of all inclusive Balearics holiday or luxury Balearic Island getaway you're looking for, you'll find it here. 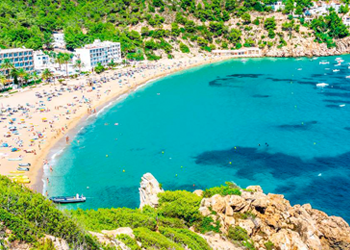 Lively, free-spirited and hedonistic Ibiza has long been a popular destination for clubbers and thrill-seekers and certainly this sophisticated isle deserves its place as one of the globe’s top party destinations.

But move to the beat of a different drum and you will find that Ibiza can be more birdsong than Pete Tong, with pine-cloaked hills, sandy beaches and whitewashed villages with cobbled alleys.

Ibiza’s climate is a big part of its draw, with 11 hours of sunshine and temperatures averaging 29C in July. Even in the coolest month of January, the mercury stays at a less than chilly 11C.

Of course, Ibiza is most famous for its nightlife and if all-night clubbing and chill-axing are your thing, then Playa d’en Bossa and San Antonio are where to head, with their super clubs, neon-lit bars and chic trendsetters. 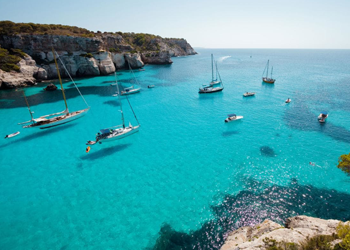 It might have less buzz and glamour than neighbours Ibiza and Majorca, but that means Menorca can truly lay claim to the title of the Balearics’ chill-out isle.

With more sandy beaches than both of its cousins put together, Menorca is modestly going about its business as a relaxed, take it easy destination complete with quiet countryside, whitewashed villages and attractive marinas.

As the eastern-most Balearic, the climate is slightly cooler with a summer average of around 25C while spring and autumn temperatures range between 14C and 16C.

Menorca's coastline is among the most attractive in the Med dotting between white sandy bays, traditional villages, family-friendly resorts and sea-splashed cities. In 1993 Unesco declared Menorca a Biosphere Reserve, aiming to preserve environmental areas, such as the S’Albufera d’es Grau wetlands and the island’s mysterious Bronze Age sites. 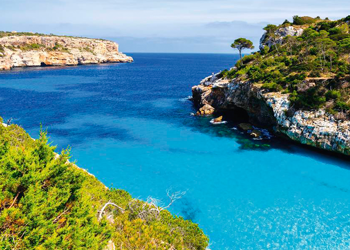 Majorca has been a staple for holidaymakers for decades, particularly for families and couples who are drawn to the warming temperatures, cooling breeze and excellent choice of accommodation.

As the Balearics’ largest island, there’s a surprise around every corner. It’s a patchwork of wheat fields, olive groves and tranquil villages; a cosmopolitan destination with designer boutiques and contemporary galleries; and beautiful beaches for party people and peace-seekers alike.

There are so many ways to enjoy Majorca’s coastline and the interior – particularly in autumn and winter when the crowds have gone and the temperature is more suitable for outdoor activities. The climate starts to cool in October after summer highs of around 29C, but the mercury can still rise to 23C during the winter months.

Accommodation is as varied and eclectic as the landscape itself, from traditional villas, apartments and hotels, to hip, boutiques and chic townhouses in the mountains.