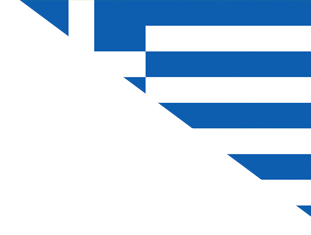 Whether its sandy beaches, quiet island life or vibrant cultural hotspots, these charming islands have something to offer everyone.

With unrivalled history and heritage complemented by breathtaking beaches and a glorious sunny climate, the Greek Islands are the perfect choice if you’re looking for a tranquil break away. Or if its the nightlight you’re after, party from sunrise to sunset in our more cosmopolitan resorts and experience the trendy bars, clubs and tavernas the Islands are famed for. 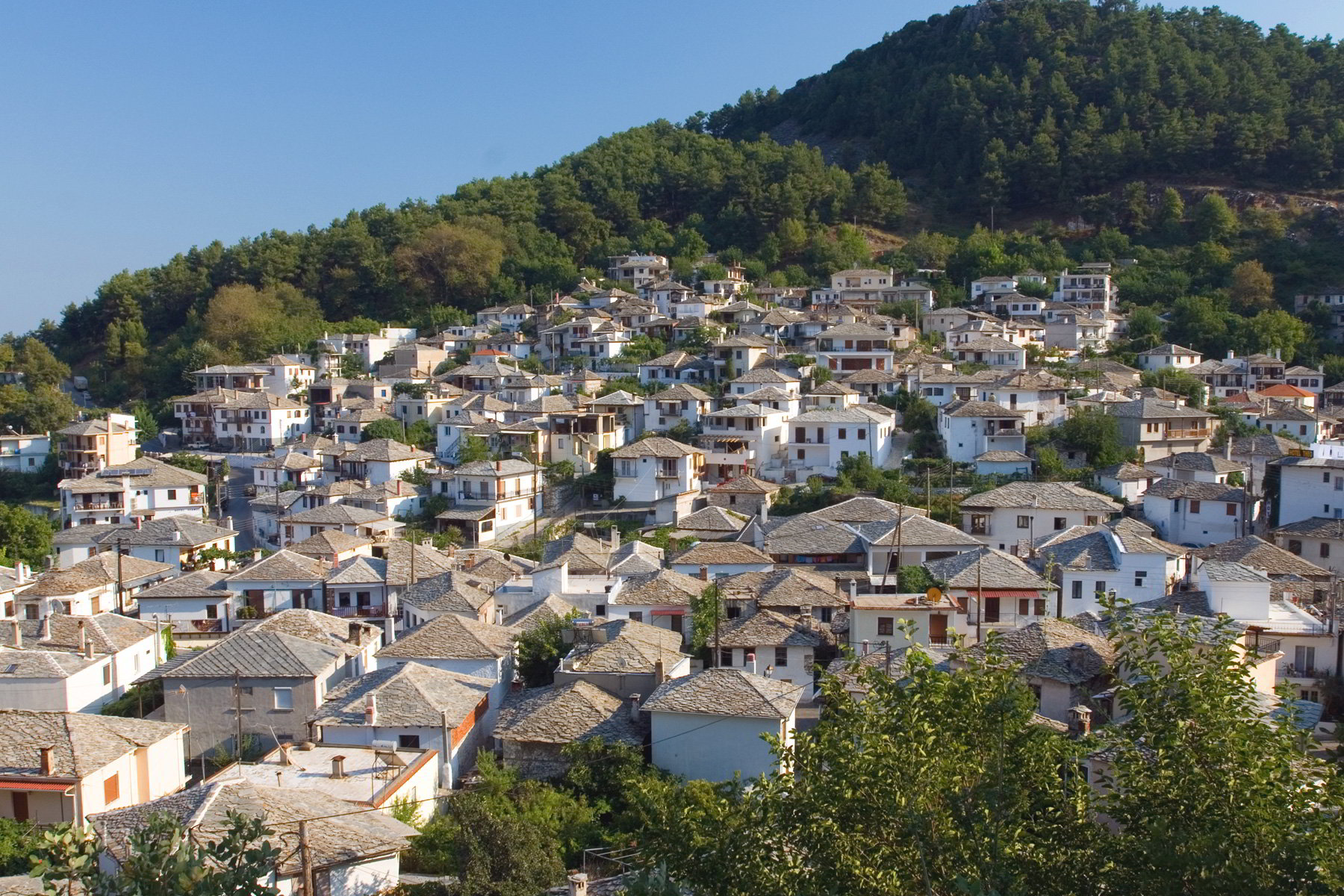 Nestled in the north of Greece near the Halkidiki peninsula, it’s no surprise that so few have heard of one of Greece’s greenest and most gentle islands.

Thassos lies just a few miles from the mainland and boasts enviable sandy beaches and a forested mountain interior. It’s been a popular holiday destination for locals for a while but despite becoming more well-known, is still relatively inexpensive by Greek-island standards.

Although Thassos doesn't have its own airport it is still one of the easiest Greek islands to get to, close to the major mainland airport of Kavala and having a regular daily car ferry service to the island throughout the year.

As one of the most northerly of the Greek holiday islands Thassos’ climate is cooler than most especially at night. Temperatures average 27C in July and August then ease off to 25C in September. Unlike other Greek islands, Thassos is not swept by sea breezes and sea temperatures hover around 20C.

As a quieter island, Thassos is something of a hidden gem and its extensive carpeting of pine trees have led to its being called the 'Emerald Isle' of Greece. Sandy beaches are dotted all around the coast with the best in the south and east as well as many delightful coves found off the beaten track.

Thassos is favourite of families looking for a beach holiday with an authentic Greek flavour. The large bay at Golden Beach is the most popular destination but good beaches are found all around the coast. Limenaria, in the south, has four good beaches while less crowded resorts lie both east and west with good sands and beach facilities.

The island was once among Greece’s richest and this is reflected in the excellent Byzantine architecture, temples, monasteries and historical sites. The archaeological museum in the capital – Thassos – is among the best in all the islands.

A friendly island, with sweeping sandy beaches, busy nightlife and plenty of history and culture, Kos appeals to a wide range of holidaymakers.

The second-largest of the Dodecanese islands – after Rhodes – Kos is a justified and popular choice for a guaranteed sunshine beach holiday. The sandy coastline in the east and south of the island widely caters for family fun with a huge choice of friendly resorts, water-based activities, restaurants, bars and tavernas.

Away from the coast, Kos is a relatively low-lying island, making cycling a very popular activity. There are plenty of bicycle rental outlets and dedicated routes and paths.

With an all-year average of 25°C, the summer months are hot and dry and rainfall virtually non-existent. May and October are good months to visit with warm, sunny days and cooler nights.

Kos also boasts some of the best archaeological sites to be found in the Mediterranean, such as the 3rd century ruins of Asklepieion, dedicated to the Greek god of healing, or the Castle of the Knights in Kos Town. The capital blends beach resort with historic sites where ancient Greek columns and Roman street mosaics are pitted against lively tourist bars and open-air nightclubs.

For many though, it's the long, sandy beaches that make a holiday to Kos so appealing with day trips by boat to nearby Turkey a very popular holiday excursion.

As such a popular holiday island, Kos is spoiled for choice when it comes to accommodation. Most of the bigger resorts such as Psalidi Beach can be found on the east coast near to Kos Town, but quieter resorts are to be found on the island’s northern fringes. 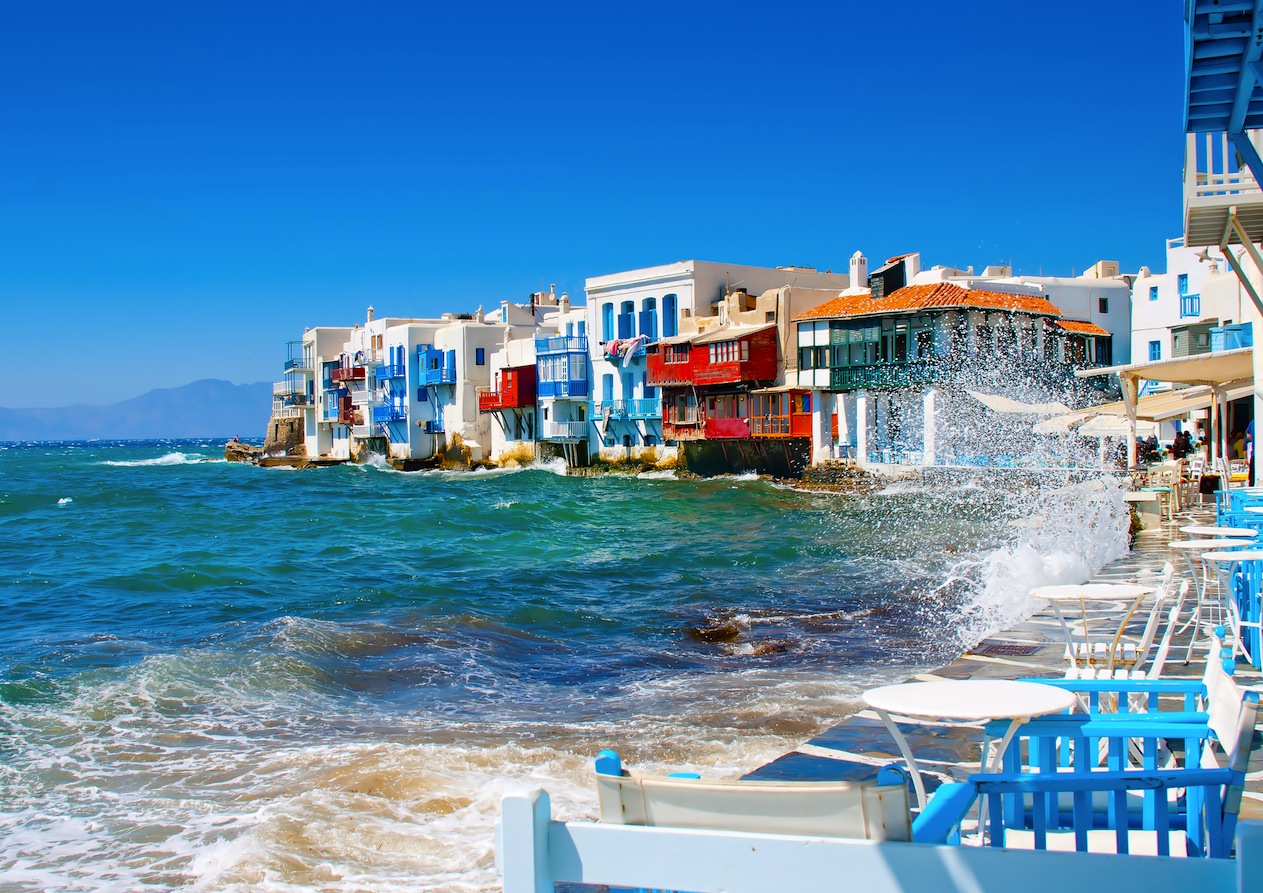 Considered one of the most elegant of the Greek isles, Mykonos has deservedly harnessed a reputation as both a jet-set destination and as a party island. Think St Tropez meets Ibiza nestled in the glimmering Aegean Sea.

This low-lying, sun-drenched Cycladic island has plenty to offer with the best sandy, wind protected beaches to be found in the south. Here you will find lively, fun-seeking revellers at Paradise Beach or the quieter, family friendly resorts of Platis Gialos and Ornos.

Climate-wise, Mykonos is best enjoyed in late spring when the landscape is green, the sea has warmed and the crowds are yet to descend. As with nearby Santorini, storms are common in the autumn meaning this time of year can be much quieter.

For places to stay, Mykonos has a great range of resorts particularly at the magnificent Ornos Bay; livelier choices can be found at Paradise Beach and the island or for something more glitzy, try the boutique hotels and villas to be found in the bohemian Mykonos Town or many of the island’s villages.

Mykonos Town is a jumble of white houses, accessorised with blue doors and flower-filled balconies. It’s a warren of narrow lanes and endless nooks and crannies hiding a little church here, a tiny boutique there. But the capital is also cosmopolitan, sophisticated and cool – in the trendy sense – and you may be lucky enough to spot an A-list celeb in one of the many glitzy bars and tavernas – or perhaps a TV-soap star! 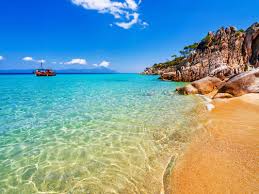 Halkidiki is the distinctive three-fingered peninsula below the city of Thessaloniki in the north of Greece.

But the fact this is the mainland should not put you off as Halkidiki and the Olympia coast more than make up for it with sandy beaches, sweeping cypress tree scenery and as a gateway to some of the country’s most exciting cities and historical sites.

Easy to get to and explore, Halkidiki has an abundance of authentic attractions – it’s Aristotle's birthplace so a visit to his statue in Stagira is a must. You can while away the hours sipping fresh coffee in the old village of Nikiti or glance at the pine forests of Mount Itamos, which conceal the world's 'oldest living tree'. Take a walk along Tristinika beach behind Porto Carras, or see the ruins of old Lerissos or Xerxes's canal.

Summer in Halkidiki can get very hot and the cooler autumn between September and November offers a more comfortable climate when the sea is still warm and temperature are still in the high 20s.

The region also offers some excellent accommodation choices with family friendly beach resorts, luxury hotels and independent guest houses, villas and apartments. All are within easy reach of some of Greece’s best pine-fringed sandy beaches and watersports facilities.

Greece’s second city of Thessaloniki is less than an hour away making for an exciting day trip with its cosmopolitan bars, great shopping and old quarter of crumbling city walls and winding cobbled lanes. 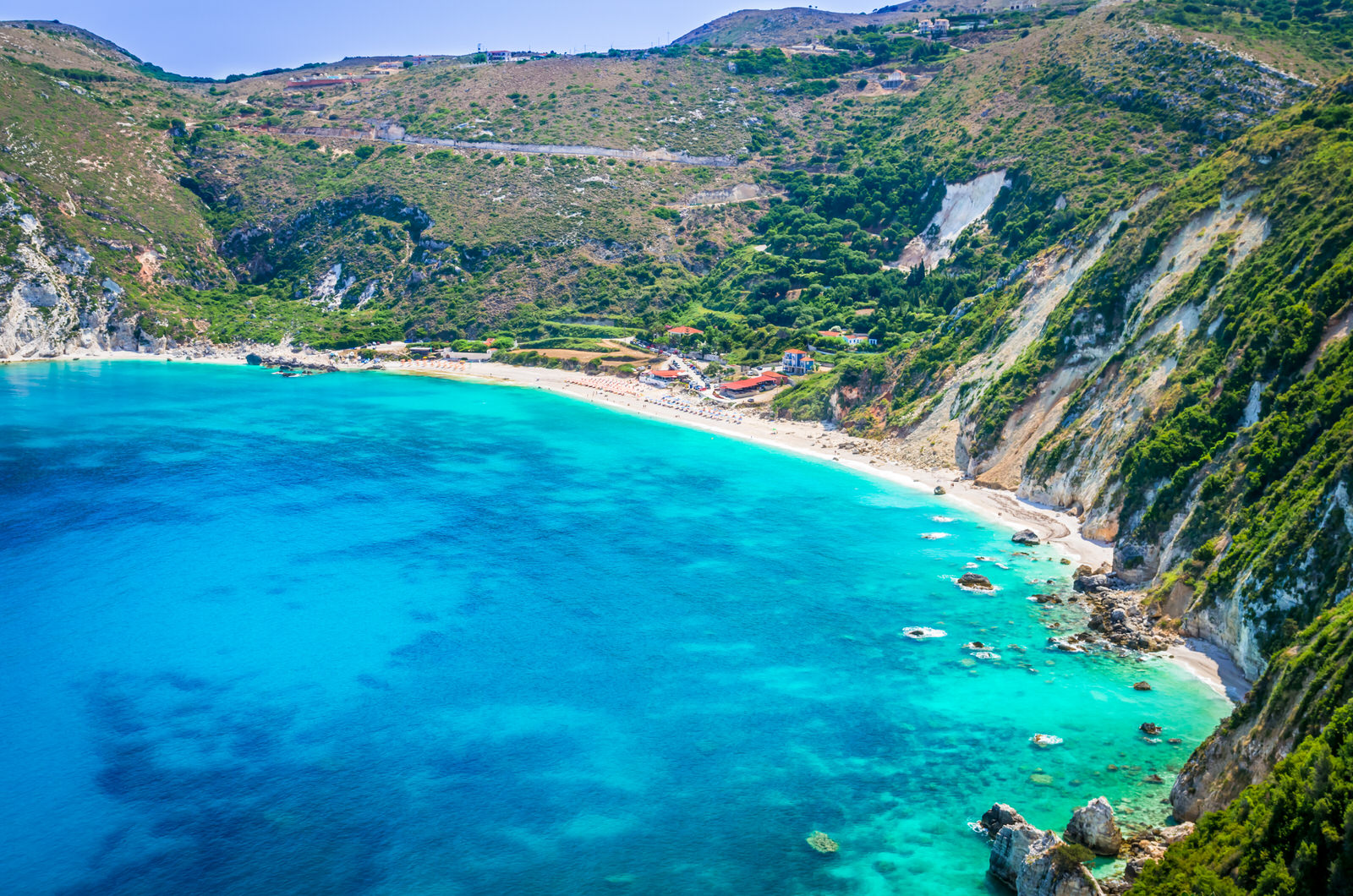 The largest of the Ionian islands, Kefalonia is a charming holiday destination of dramatic rugged scenery, friendly locals and some of the most picturesque beaches in Greece.

The setting for Louis de Bernières' celebrated novel Captain Corelli's Mandolin, Kefalonia has certainly become more popular over the last two decades, but still retains a rural feel and has escaped the tourist hordes which head to Corfu.

Summers can get very hot – particularly during August, but the more northerly location of the Ionian isles means the climate is cooler, with spring and autumn setting the mercury in the comfortable mid 20s.

Due to its large size, Kefalonia can feel remarkably quiet and laid-back – making it an ideal destination for a romantic getaway. But the island is well catered for tourism and the exotic beaches and seaside villages offer a wide range of accommodation choices from villas and apartments, to boutique style hotels and guest houses.

Myrtos Beach is a must see on Kefalonia – it’s one of the most photographed beaches in the world – backed by sheer cliffs and lapped by turquoise waters. On the eastern coast, near Sami, are the caves of Melissani and Dhrogarati, and the island’s rugged interior and coastline is dotted with traditional villages and monasteries.

Fiscardo is Kefalonia’s most cosmopolitan village with a port bustling with yachts from across the Mediterranean every summer. For wining, dining and shopping, visit some of the island’s other charming villages such as the capital Argostoli, Sami and Assos. 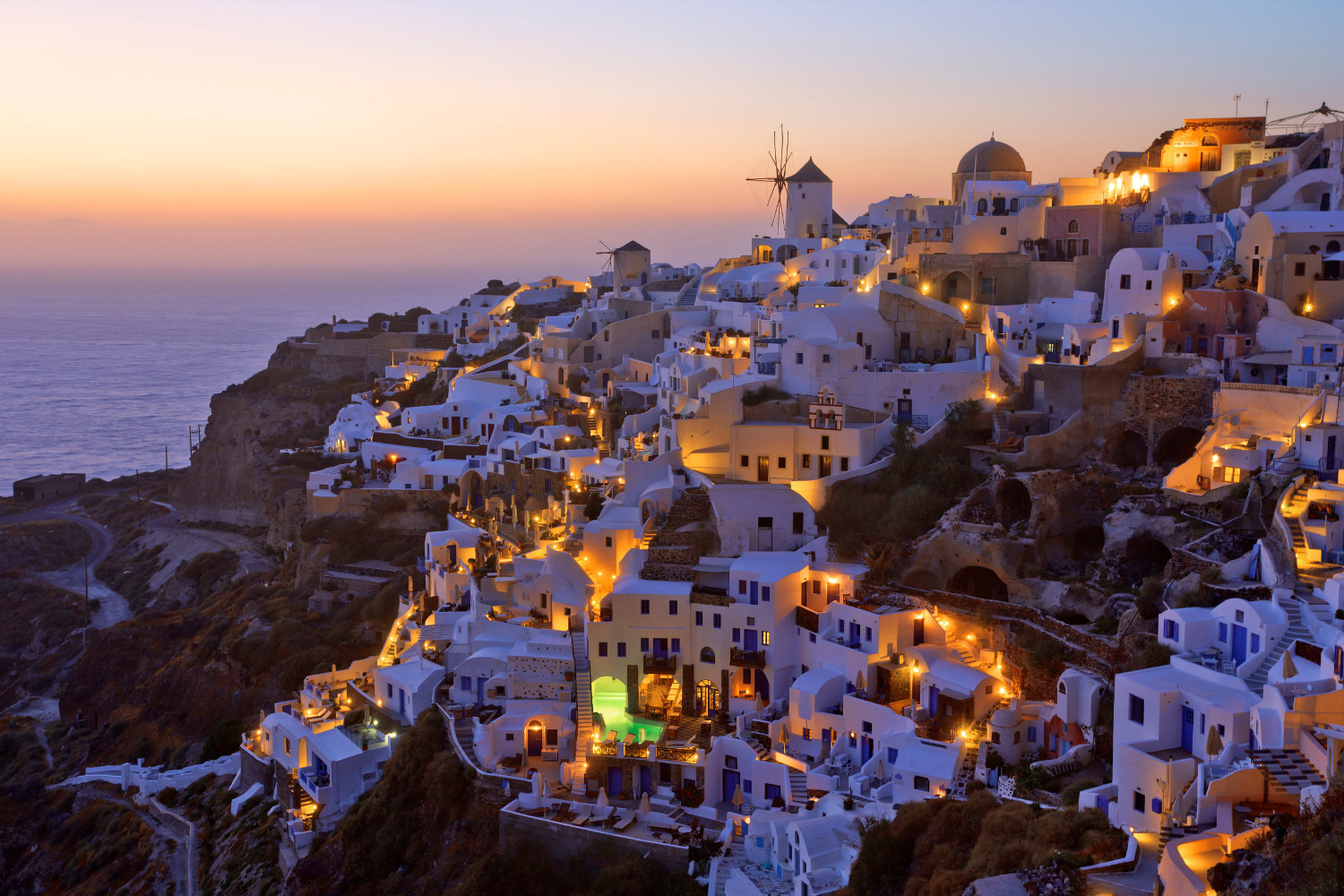 One of the most photographed of the Greek islands, Santorini owes its dramatic landscape to the 16th century volcanic eruption which forever shaped its rugged backdrop and villages.

Its two principal towns – Fira and Oia – cling to cliffs hundreds of feet above underwater craters submerged by the Aegean Sea.

This crescent-shaped isle is a popular choice for all sorts of holidaymakers – from backpackers to honeymooners, drawn to the spectacles that the devastating eruption carved into the landscape.

But equally attracted by the excellent accommodation choices, among whitewashed cubist villages perched high above the sea to afford breath-taking views.

Late spring is an ideal time to head to Santorini, when the landscape is still lush and green, the seas are warm and the crowds are yet to descend. The island quietens down in autumn when occasional storms mean ferry links become sparser.

Understandably, Santorini is great for attractions, sight-seeing and day trips. Fira has one of the finest prehistoric museums on the Greek islands, while beach lovers will be drawn to the strange volcanic sand beaches of the east coast, hypnotic views over the caldera (crater) or even scuba diving within it.

Food and drink is excellent on the island too with Skiathos designated as an AOC wine-making domaine. There are plenty of winery tours and tastings to enjoy.

For a sense of the ancient volcano’s lingering power, take a day-trip to the caldera islets with their hot springs and cinder surfaces.

If you’re looking to get away from it all in every sense of the word, then give Skiathos a whirl. Beaches, watersports or propping up a bar are the order of the day here making this beautiful Greek isle the perfect fly and flop destination.

With more than 50 of the Aegean’s most beautiful beaches lapped by an almost Caribbean-coloured sea, Skiathos makes an instant impression. Inland from the coast, there’s a lush green backdrop of forests and mountains, which offer some relief from the fairly humid climate.

Skiathos enjoys long sunny summers and mild winters. Temperatures are cooler in autumn and spring are similar and vary between 18 and 24 degrees while winter rainfalls help to maintain the island’s lush vegetation throughout the year.

Skiathos Town is the island’s major settlement and port on the southeast coast and can get busy in the summer months. The rest of the south coast is interspersed with holiday villas and pine-fringed sandy beaches.

The town is a major tourist centre and cosmopolitan destination, with hotels, shops, galleries, travel agents, tavernas and bars spread along the waterfront. Opposite the waterfront via a short causeway lies tiny and inviting Bourtzi Islet.

Beach-hopping is a popular pastime for visitors to Skiathos. Head to Kastro, perched dramatically on a rocky headland above the north coast, to find the fortified pirate-proof capital of the island for almost 300 years. Mount Evangelistrias is Skiathos’ most famous monastery and acted as a hilltop refuge for freedom fighters during the War of Independence.

So for a cosmopolitan combo of stunning beaches, trendy bars and tavernas, and a verdant landscape, skip on over to Skiathos.